Disclaimer: This work was produced by one of our expert legal writers, as a learning aid to help law students with their studies.

Any opinions, findings, conclusions, or recommendations expressed in this material are those of the authors and do not reflect the views of LawTeacher.net. Any information contained in this case summary does not constitute legal advice and should be treated as educational content only.

The issues raised in this context relate to an individual’s right to freedom from retroactive criminal prosecution under Article 7 of the European Convention on Human Rights[1], freedom of thought, conscience and religion under Article 9 ECHR, freedom of expression under Article 10 ECHR and the prohibition of discrimination under Article 14 ECHR in relation to the crime of proselytism under Greek law. For these purposes proselytism is defined as any determined attempt to entice individuals away, by undermining beliefs, using inducements or moral support or material assistance, or by the use of fraud or taking advantage of trust, inexperience, need, low intellect or naïveté, from the dominant Greek religion;[2] that religion being that of the Christian Eastern Orthodox Church.[3]

The Applicant, Mr Kokkinakis, was a Jehovah’s Witness and, with his wife, called at the home of a Mrs Kyriakaka, the wife of a cantor of the local Orthodox Church. Mr and Mrs Kokkinakis entered into a discussion with Mrs Kyriakaka about religion with a view to converting her to their religious beliefs. Mr Kyriakaka on hearing of the visit contacted the local police and Mr and Mrs Kokkinakis were arrested, charged and ultimately convicted of proselytism.

The Applicant submitted that the provisions of Greek law relating to the offence of proselytism were too vague to give rise to a properly defined criminal act. In particular the wording that set out the actus reus of the offence, beginning with the word ‘notably’ produced an incomplete and therefore undefined list of possible actions that give rise to the offence.[5] Furthermore, the provision, in the use of the words ‘attempt’ and ‘indirect’, created a criminal act where no activity in line with the actus reus definition (however indistinct) had occurred.[6]

The Greek government responded by submitting that the law was clear in respect of the fundamental elements of the offence. That is, the offence required an individual with one religious belief to take steps to undermine, in an unacceptable manner, those of another. The presence of a non-exhaustive list of potential methods by which this could occur did not create uncertainty.[7]

Whilst it was noted that, taken literally, the use of the word ‘notably’ could give rise to uncertainty,[8] it would not do so in circumstances, such as here, where the wording of the provision, when taken in line with subsequent case law, was sufficient to clarify the offence in isolation and the use of the word ‘notably’ was used to define various potential methods of committing the offence.[9] Furthermore, Mr Kokkinakis, on the facts, was convicted of attempting to proselytise by taking advantage of Mrs Kyriakaka’s inexperience and, as such, his offence was clearly defined by the wording of the provision.[10]

It seems clear that the Court took a pragmatic view in this respect and acknowledged that absolute clarity in respect of methods of committing crimes is not possible. Therefore, a distinction between the illegal act, which must be precise, and the method of committing it, which need not be, should be drawn; it being possible for the latter to be defined by case law.[11]

The Applicant submitted that Greek law was contrary to everyone’s right to manifest their religion in general on the basis that declaration of faith contrary to the Greek Orthodox faith could give rise to prosecution. Additionally, the right to manifest a religious belief is one that should exist in any tolerant democratic society.[12]

The Greek government responded on the basis that whilst it was not contended that Greek laws prohibiting proselytism were prima facie contrary to Article 9 ECHR, they were intended to protect the dominant Greek faith and were therefore necessary.[13]

The Court was required in this context, because of the Greek government’s concession regarding the prima facie violation of the Article, to consider whether the violation was justified under Article 9(2), being one that was prescribed by law and necessary in a democratic society in pursuit of a legitimate aim. There was little difficulty, given the previous discussion in respect of Article 7 ECHR, in holding the provision was one prescribed by law.[14]

The legitimate aim in this context, it was submitted by the Greek government, was the protection of every religion from unreasonable attempts to undermine an individual’s freedom to follow that religion.[15] In this respect, Greek law did not prevent declarations of religious belief of any kind and therefore the simple protection of such belief could be considered a legitimate aim.[16] The difficult that arose for the Greek government fell within whether its actions on the facts of this case, could be considered necessary in a democratic society. In this respect, it was contended that the punishment afforded to the Applicant was necessary to protect Mrs Kyriakaka’s religious beliefs on the basis of her inexperience and feebleness of mind.[17] The Court was not persuaded by this argument, holding that the wording of the Article implied that the national law would only avoid violating it, if it was necessary for some pressing social need.[18] In the context of this case, Mr Kokkinakis’s discussions with Mrs Kyriakaka were open and not unreasonable in respect of manifesting his beliefs.[19] Furthermore, the punishment was disproportionate to the conduct manifested by Mr Kokkinakis, making it incompatible with the tolerance expected of a democratic society and ultimately not necessary in such a society.[20]

Greek law, on the facts of this case, was in violation of Article 9.[21]

This case was relatively fact specific, but the judgment does make it clear that the ability to manifest religion applies to all religious beliefs and to the ability to attempt to assert the value of a held belief over that held by another, providing that this assertion is made in an open and reasonable manner. Any attempt to subvert this normal and accepted process will not fall within the remit of Article 9. The effect is clear, and it is submitted particularly relevant in an era of apparent radicalisation. Open discussion should be welcome and is protected by the Article. Underhand attempts to convert are preventable by law.

[2] Kokkinakis v Greece [1993] ECHR 20 at [17]. Hereinafter paragraph numbers relating to this judgment will be referenced by number alone.

Critical discussion about how the EU legislation and the case law of the Court of Justice ensures the free movement of goods in the internal market....

When Do Internet Service Providers Have Protection From Liability?

Since its first appearance,{ظهور ماذا} Internet has managed to achieve a continuous growth in countries worldwide; legislators had to ident...... 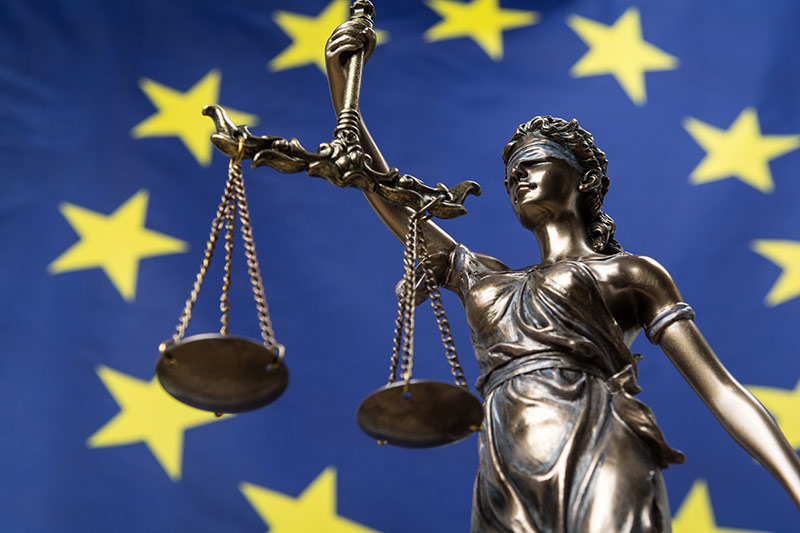