It is clear that the two parties have entered into a contract of sale which as defined in section 2(1) SGA that a contract of the sale of goods is a contract by which the seller transfers or agrees to transfer the property in goods to the buyer for a money consideration, called the price. However the terms of the contract must be established in order to give the necessary rights to the parties of this contract.

The terms of the contract refer to the respective duties and obligations of each party to the contract.

We must look at the implied terms of this contract in order to give rise to the deemed intentions of the contracting parties by way of validating the express terms and making a causal link to those that are not openly expressed. In defining the implied terms the protection of the parties are established and therefore gives rise to any remedies that may be provided by these terms.

There are two methods by which terms are implied: by custom, by the courts and by statute. Firstly the terms implied by custom; or trade usage define those terms as being customary in that it is a common occurance within the trade context. In this case Deborah purchases a bicycle from a well known bicycle store and so it would be expected that the bike should be fit for its purpose. This form of implied terms adhere more to that of the terms implied by statute because it is up to the courts to decide a standardized regulation of the requirements of a customary term. The terms implied by law rely on the legal obligations derived from the parties from a common contractual relationship and therefore do not depend upon any intention imputed to the parties. The relationship of the contracting parties are that of a seller and a buyer, and so defines the contract’s subject matter as a “necessary incident” to have terms being applied by law and so provides the parties with adequate protection especially in such instances where little time is devoted to negotiating the terms of the contract. In Liverpool City Council v Irwin, the implied statutory terms that the council were legally obligated to fulfil. The statutory instrument that Deborah and Peddles can rely upon are those which are defined by the Sale of Goods Act 1979. The formation of the contract is defined by section 2 as the contract of sale and clearly regulates the terms of that sale in relation to the statute. It refers to the sale of goods as “a contract by which the seller transfers or agrees to transfer the property in goods to the buyer for a money consideration, called the price. The contract of sale has been entered into and therefore the terms of the SOGA 1979 must apply.

The strict contractual obligations arising from this contract that needs to be addressed relates to the quality in sale or supply of goods as laid down in Section 14 of the SOGA 1979 infers that: “where the seller sells goods in the course of a business there is an implied term that the goods supplied under the contract are of satisfactory quality.” Where the quality of goods in cludes their “state and condition. Based on the criteria set out for the satisfactory quality of goods as set out in section 14, Deborah can argue that her bicycle is not of satisfactory quality on the grounds set out in s.14(2B). It must also be noted that the terms implied by section 14(2) does not extend to making those goods unsatisfactory if the circumstances fulfil those as laid out in section 14(2C) SGA. Therefore id Deborah had examined the bicycle before she purchased it and had realised its actual condition then she would not be protected by the terms of section 14 SGA relating to fitness and quality of the bicycle

To enable us to distinguish which remedies, if any, Deborah is entitled to we have to classify the terms, which in this case the implied terms to the description, fitness and quality of the goods as discussed and laid out in section 14 SGA. If the term is a condition then the remedies available to Deborah are to rescind the contract and also to claim damages, section 48A-F SGA (1979) If it is a warranty which is a less important term then the breach of such a term would only allow Deborah to apply for damages and not terminate the contract. Therefore it is important for the parties to classify the terms as in Lombard North Central plc v Butterworth (1987) where any breach of the conditions is treated as going to the root of the contract, the injured party may terminate the contract and claim damages. It is clear that those implied terms are classified as conditions so the breach of these conditions entitle the buyer to terminate the contract for a repudiatory breach and to claim damages . Also the importance of the term to the contract as whole has to be taken into consideration if it is to be a consideration. In Hong Kong Co. Ltd v Kawasaki Kisen Kaisha Ltd (1962) the condition only exists if in the case of the term where the breach must give rise to an event which deprives the party not in fault of substantially the whole of the benefit which was intended from the contract. Since the bycicle was faulty and Deborah could not ride it and therefore unable to reap the benefits of its intention, as a result we can say that Peddles is in repudiatory breach of the contract, Deborah is able to rely on the terms laid out in section 48A-F, to either have the goods repaired or replaced and within a reasonable time as to not cause a significant inconvenience to the buyer.

However we must consider that there may be a breach of warranty, where there is minor obligation to the terms of the contract and does not give rise to the non breaching party to accept the breach as terminating the contract or affirming it. The classification of this particular contract as a warranty derives from section 15 SGA which states that if the buyer is not the consumer then there can be no breach of the condition but rather a breach of warranty, as in Donaghue and Stevenson. Therefore in such a case the terms do not go to the root of the problem in contrary to a condition and so if the breach is so slight it would only be proportionate to awards damages to the non-consumer buyer and not to enable them to rescind the contract. If Deborah is merely a buyer and not a consumer she would not be able to return bicycle to peddles. A consumer is defined in the Unfair Terms in Consumer Contracts Regulations 1999, in that any natural person who is acting for purposes which are outside his trade, business or profession. We have not been told whether Deborah is a consumer or not and so and so cannot fully distinguish whether she is entitled to a breach of warranty.

Since it is not clearly difinative whether the terms are classified as conditions or warranties, one other possibility is a classification of an innominate term whereby its importance lies in between a condition and a warranty, where the breach of the innominate term will be treated as repudiatory, therefore we must apply the test as devised in Hong Kong Co. Ltd v Kawasaki Kisen Kaisha Ltd (1962) to see how seriously the breach has affected the outcome of the benefit to the purchaser. The problems that Deborah found with the bicycle was that the seat was loose and the fromt brake peddles were stuck half way on making it difficult to ride, but not impossible thus suggesting a condition does not exist and so the terms here are more suitably categorised as an innominate term. The effects of an innominate term being breached will be treated as repudiatory if the result of the breach is substantial enough to deprive the non-breaching party of the benefit the were intended to obtain from the contract but if the breach was less serious in that it did not deprive the party of the benfit then the remedies are limited to damages. [1] Therefore since Deborah can still ride the bike but not to the standard that would be expected of a new bike, then she is entitled to the remedy of damages.

From the analysis of the implied terms of this contract and their construed meanings we have deliberated the remedies that are available to Deborah. However with many contracts including those of the sale of goods there are exemption clauses to exclude contractual liability, where the imposition of such clauses may be particularly detrimental in consumer contracts. [2] This means that Deborah may have to succumb to the terms of the exemptions if they apply in this case even if they are unfair or unreasonable. The mechanisms controlling exemption clauses in contracts involving the sale of goods can be found through the statutory means of the Unfair Contract Terms Act 1977 which are expressly applied to the implied terms of the SGA 1979. There are specific provisions in the UCTA 1977 which attempts to deal with the exclusion or limitations of liability for breaches of the implied obligations relating to the sale or supply of goods. This is established in section 6 of the UCTA 1977 which exempts liability for breaches of ss 13-15 of the SGA 1979. However the onus is different depending on whether the parties deal as a consumer. [3] The UCTA 1977 s. 6(2)(a) states that when a party deals as a consumer, liability for the breach of those implied terms cannot be exempted. Also in s. 6(3) UCTA 1977, where the party is not a consumer, liability for breach of the implied terms may be exempted but only in so far as the exemption clause satisfies the requirement of reasonableness.

This selections of law essays and summaries is relevant students within Hong Kong and also those from outside the territory studying HK law. Some of this content may now be out of date due to the changing situation on the ground.

Freedom of Assembly in Hong Kong

Freedom of assembly ('the freedom') is a fundamental freedom for residents in a civilized and liberalized society. However, the freedom, like ......

Everyone is responsible for its own fault and mistakes, especially in this wrestling field of politics. We often see politicians reluctantly ...... 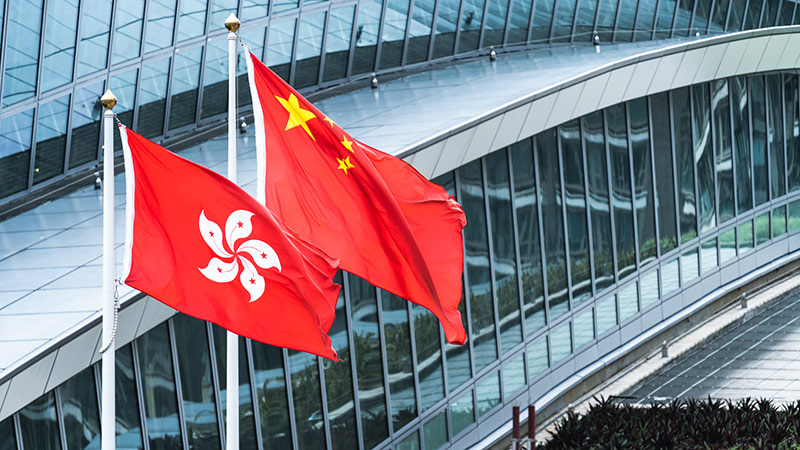