The definition of contract from an Islamic point of view is "an expression of the matching between a positive proposal made by one of the contractors and the acceptance of the other contractor in a way which has an impact on the subject of the contract". Shariah commercial law in islamic legal term known as fiqh muammalat, constitutes an important branch of law dealing with issue of contract and the legal effects arising from a contract that can be valid, void, or avoidable contract. For a valid contact in shariah law, certain conditions are to be met. It can be appears as a valid contract bases on several elements of valid contract which are offeror and offeree, offer and acceptance, and the subject matter and the consideration. As for the parties to a contract, they must be legally capacity to enter the contract. The capability to transact in Islamic law is measured by two aspects, namely prudence and puberty.

The first element of valid contact in shariah law is offeror and offeree. As for the parties to a contract, they must be legally competent to enter into a contract. The competence to transact in Islamic law is measured largely by two aspects, namely prudence and puberty as revealed in surah al-Nisa’ verse 6 “Observe the orphans through testing their abilities until they reach the age of marriage; then if you find them capable of sound judgement, hand over to them their property “. The most important part of each party is the possess capacity. It has been describe with capacity (ahliyyah) according to Shari‘ah ’Islamiyyah. Therefore, the Islamic scholar defined the capacity as a quality, which makes a person qualified for acquiring rights and undertaking duties and responsibilities.

The second element of valid contact in shariah law is offer (‘ijab) and acceptance (qabul). Offer means a specific action that reflects consent or willingness of its maker that presumed from the word first uttered by one of the contracting parties. Offer may be verbal or in writing. Under shariah law, word qabul (acceptance) is used to represent a statement uttered indicating assent to the ‘ijab(offer). Muslim Jurist takes two different approaches interpreting qabul. The majority view is that qabul is made by the buyer or the person to whom the subject matter of the contract is addressed regardless as to whether this comes first or later. Whereas the Hanafi school holds a more flexible approach when qabul is defined as the word uttered later corresponding to the terms of a subsisting later. And it may be expressed by either the seller or the buyer. This is somewhat similar to common law. Offer and acceptance also may be concluded by means of representatives or modern communication systems such as the telephone, telex, fax, e-mail and letter.

The third element contract in the shariah law is subject matter (mahal al-‘aqd). Mahal al-‘aqd must be mal (property or wealth) mal is defined as something which can be secured for use at the time of need. The term mal here is generally translate as property and the word property is applicable only to objects which have a perceptible existence in the outside world that is to say things sold which is a thing fixed and individually perceptible as designated at the sale. A contract has to have a place or reference (mahal al-‘aqd) which is the subject matter of the contract. The place of reference in contract is its subject matter which is the place of application of its rule and which does not go against its purpose. Islamic law focused on the lawfulness, existence, deliverability and precise determination. Lawfulness requires that the object must be lawful, that is something, which is permissible to trade and must be of legal value that is, its subject matter and the underlying cause “sabab” must be lawful. The parties to a contract must legally own the object “qabd”. The issues of existence presuppose that the object of a contract must be in existence at the time of contract. The object must be capable of certain delivery and it must be determined precisely as to its essence, its quantity and its value. According to

Islamic jurisprudence, the subject matter of a contract could be corporeal property as in granting sale and mortgage and benefit as in rent. In case the subject’s nature was not of the kind that admits this kind of transaction, then the transaction and the contract are nullified. Thus, a contract involves sale of endowed property is nugatory, albeit a contract involving rent of such property is correct and acceptable. There are several conditions for subject matter;

(i) the subject matter must exist,

(ii) the subject matter can be delivered,

(iii) the subject can be ascertained,

(iv) suitability of the subject matter.

As for the consideration of price, Islamic law does not restrict it to a monetary price, but it may be in the form of another commodity. The Islamic prohibition against uncertainty requires that the price must be in existence and determined at the time of the contract and cannot be fixed at a later date with reference to the market price, nor can it be left subject to determination by a third party.

The fourth element of valid contract in syariah law is legal capacity (ahliyyah). Capacity is one of the elements of a contract for the purpose of acquiring legal rights and mutual benefits and to facilitate the imposition of the obligations on the parties. The right to contract and the obligations can only exist where there is capacity to contract. In syariah law, no person can validly conclude a legal transaction without first having attained physical and intellectual maturity that being the equivalent of majority to enjoy full capacity, a person, should attain physical puberty and enjoy sound judgment known also as prudence in his or her judgment.

Based on the requirements for a valid contract that had stated earlier, there are some examples of cases that related to sharia law.

Nash is a tailor who had entered into a contract to supply Inman who is a Cambridge undergraduate student with among other things, 11 fancy waistcoats and he was a minor. Unfortunately for the tailor, however, it was further decided that they were not necessary, as he already had sufficient clothing that from his father. When Nash claimed the cost of these clothes Inman wanted to rely on lack of capacity and succeeded at first instance. Minors are only under a legal obligation to pay for things necessary for their maintenance although even then they will only be required to pay a reasonable price for any necessaries purchased. So, no contract was enforceable.

The defendant’s father proved the infancy, and then proved that the defendant had an adequate supply of clothes, and stated what they were. That evidence was un-contradicted. Not only was it not contradicted by any other evidence, but there was no cross-examination tending to shake the credit of contradicted evidence the judge came to the conclusion.”

This case is about the mistakes that have done by Lever Brothers Ltd. Bell was managing director of a Nigerian subsidiary of Lever Brothers. The company was engaged in a restructuring of its subsidiaries and wished to terminate Bell’s employment. Bell agreed to resign in return for a ‘golden handshake’ of £30,000. The payment was in part recognition of the past services rendered by Bell.

After his resignation, Lever Brothers discovered that Bell had been unlawfully engaged in speculative activities on his own account, which would have entitled Lever Brothers to dismiss him without compensation. As a result, Lever Brothers Ltd is being sued by Bell for the return of the £30,000.

“… the rules of law dealing with the effect of mistake on contract appear to be established with reasonable clearness. If mistake operates at all it operates so as to negative or in some cases to nullify consent. The parties may be mistaken in the identity of the contracting parties, or in the existence of the subject-matter of the contract at the date of the contract, or in the quality of the subject-matter of the contract. These mistakes may be by one party, or by both, and the legal effect may depend upon the class of mistake above mentioned. Thus a mistaken belief by A. that he is contracting with B., whereas in fact he is contracting with C., will negative consent where it is clear that the intention of A. was to contract only with B. So the agreement of A. and B. to purchase a specific article is void if in fact the article had perished before the date of sale.”

In this case, a minor Dharmodas mortgaged his house in favour of Brahm Dutt, husband of Mohri for a loan of Rs. 20,000, out of which the mortgagee (money-lender) paid the minor a sum of Rs. 8,000. Subsequently, Dharmodas sued for setting asode the mortgage, stating that he was underage when he executed the mortgage. The Privy Council held that the mortgage was void and, therefore, it was cancelled.

The court also did not accept the moneylender’s request for the repayment of the amount advanced to the minor as part of the consideration for mortgage. The defendant claimed that Dharmodas had declared to be a major when the contract was made, and if the declaration was false, he (the defendant) was entitled under sections 64 and 65 to receive back the money he had advanced to Dharmodas, but the Privy Council set aside that plea and observed that Section 64 and 65 are not enforceable in cases where no contract exists, and a contract did not exist since it was made with a minor.

The emergence of Islamic jurisprudence (fiqh) also goes back to the lifetime of Muhammad. In this view, his companions and followers took what he did and approved of as a model (sunnah) and transmitted this information to the succeeding generations in the form of hadith.

Requirements for a Valid Contract in Shariah Law

The definition of contract in shariah law is ...

In different countries there are various types of judicial systems and each one of them has their own ways of governance....

An increase in multiculturalism as a result of globalization has led to the demand for alternative dispute resolution that would permit parties... 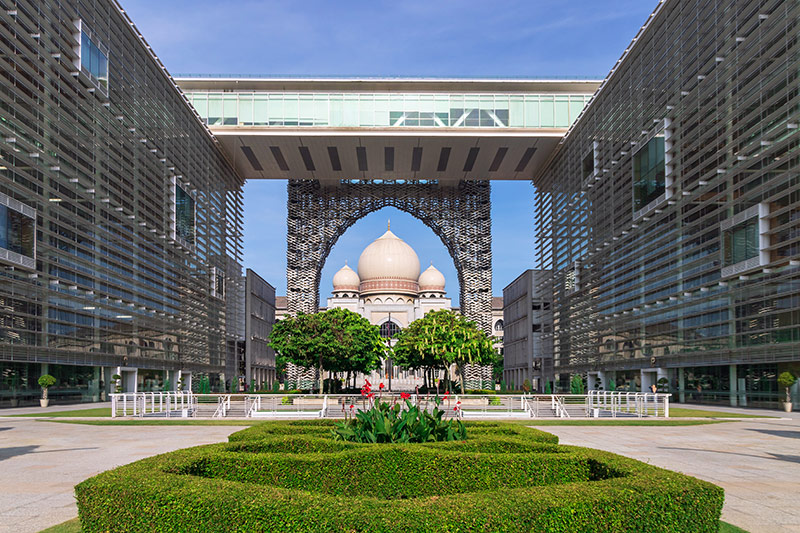