In this article I am going to critically analyse the laws and legal issues around insolvency and the process it goes through. I will also scrutinize the process and how its achieved and if it is achieved in a fair way plus if rules need changing and why. Insolvency law act 1986 deals with companies and individuals, when I mean individuals its where they declare bankruptcy, it is where a company or an individual cannot pay off its debts and go through the process of administration, company voluntary arrangement (CVA) (Dine and Koutsias, 2014). Administration means the company is placed under the management Licensed Insolvency Practitioners, the main duty for them is to rescue the company (Gov, No Date). Licence Insolvency Practitioners are able to authorise to act in relation to an insolvent company. CVA is a legal agreement which allows the company to pay back some of its debts over time (Gov, No Date).

What are the main forms of insolvency? 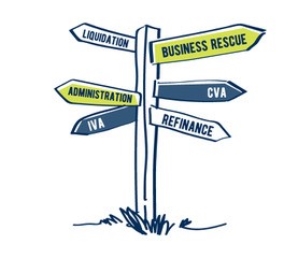 Administration is a procedure which was introduced in 1986 for the management of a problematic company that is in financial distresses (Greenberg, 2019). There are three ways administrator is appointed and they are by an order from court, by its company or directors and a holder of a floating charge (Dine and Koutsias,). Directors are the ones who appoint an administrator or insolvency practitioner, but creditors cannot assign an administrator but can dispute a winding up petition (Moore, 2019). A licenced insolvency practitioner is authorised to act upon a businesses and individuals, administrators have to prepare and submit within eight weeks a proposal to the creditors and the registrar. Which the creditors have up to ten weeks to accept the proposal, but if the proposal is not met then the courts are involved to make any order and could terminate the administrator. Administration lasts no more than 12 months unless extended by the courts or the creditors (Dine and Koutsias,).

The purpose of administration is to try achieving a better result for the company’s creditors, realising the assets to make a fair distribution to one or more creditors (Reisberg, Donovan and Lowry,). The administrators have the powers to eliminate a director of the company or could hire a new director no matter what even if there was currently a director or not. The directors remain but cannot interfere in any form with the administrator unless told to. Administrators achieve their purposes by taking control over the company and make changes to improve company’s financial position. Administrators could use a pre-pack which is selling the assets immediately after it has entered into administration (Reisberg, Donovan and Lowry). Portsmouth Football Club entered administration, due to unable to pay its tax which was due. winding up petition was launched by the HMRC. However,  HMRC launched a winding up petition again which the administrators left and the assets were sold to Portsmouth community football club, in 2014 the club was debt free and has paid off its creditors (Roach, 2019).

CVA is a procedure of liquidation which is important but not popular, CVA agrees a company to enter into a binding arrangement with its creditors (Roach, 2019). CVA help pay its creditors over fixed period, if creditors agree to continue trading the company CVA will continue. A moratorium is confirmed to protect the company from any further actions such as winding up, CVA procedure must be handled by Licenced Insolvency Practitioner. The advantages of CVA is it avoids liquidation or administration and continues trading, directors are the ones who still run the company and avoidance of job losses. If the bank accounts are frozen due to winding up petition, an order may be obtained which will allow the accounts to reopen and back to trading. The advantage of CVA is public does not need to be informed unlike administration, this process will only have an impact on the credit rating.

CVA process often takes between 7 to 10 weeks, its considered and voted by the company’s creditors and interacted via email or meetings. More than 75% of unsecured creditors have to vote and 50% not connected creditors in order for CVA to have a critical review on the company and see how the company could finance their debts. The creditors who did not vote will get a notice of the CVA proposal. However, the creditors are prevented in taking steps against the company, such as the debts CVA discover. If the creditors are not happy with the proposal, creditors could go court for an order revoking the CVA or could be challenged on the grounds for unfair prejudice or material irregularity (Dine and Koutsias). Once the proposal is completed, no more than 50% of profits after tax and debt repayments should be contributed over the fixed period.

Liquidation is the process of a company coming to an end and selling the company assets to repay creditors, when a liquidation procedure is completed the business will no longer exist (Roach, 2019). There are two types of liquidation, solvent and insolvent. Solvent liquidation involves the director becoming retired or could be the process of a company has no useful purpose. However, insolvent is where the company has financial problems and directors can wind up their company through a creditor’s voluntary liquidation or compulsory liquidation (Gov, 2018). The way liquidation is achieved is an insolvency practitioner is firstly appointed in the process as a liquidator, the liquidator critically looks at the assets in the company and sell the company’s properties.  If there are any creditors, they will be paid such as liquidators will be paid first, also funds will be distributed to shareholders, when that’s done the business will become formally dissolved.

Members voluntary winding up only takes place when the company is solvent, which is managed by the members and the liquidator is appointed by managed members within the company (Charlesworth et al., 2010). The creditor is to receive a statement from the directors of the company’s affairs, and creditors and directors will appoint the liquidator or if it takes longer than seven days, they could apply for a courts order, but the company has 14 days to elect a liquidator because the creditors meeting will be held (Charlesworth et al., 2010). Members process is used by solvent companies to close down the company, where creditors involves ending of a company that is insolvent.