According to section 4 of the Companies Act, a company shall be deemed to be a subsidiary of another, if and only if:

(a) that other controls the compositions of its Board of directors; or

(b) that other holds more than half in nominal value of its equity share capital(where a company had preference share holders, before commencement of the Companies Act,1956, enjoying voting rights with that of equity shareholder, for the purpose of control, holding company should enjoy more than half of the total voting power) [1] ; or

(c) the first-mentioned company is a subsidiary of any company which is that other’s subsidiary.

In the case of M.Velayudhan v. Registrar of Companies [3] the position regarding holding-subsidiary relationship was extensively laid down :

“Sec. 4 envisages the existence of subsidiary companies in different situations. It may be that by acquiring sufficient share capital of a company, sufficient control may be obtained over the company to enable control in the composition of BOD. But, it is also possible to obtain such control in regard to the composition of the BOD without making such an in equity capital of the company. Such control may be by reason of an agreement such as where one company may agree to advance funds to another company and in return may, under the term of an agreement, gain control over the right to appoint all or a majority of BOD. The first of the cases envisaged in section 4 is the case where a control is obtained by a company in the matter of composition of the BOD of another company. That would be sufficient to constitute the former as holding company and the other as subsidiary. The second type of cases is where more than half of the nominal value of the equity share capital is held by another company. By virtue of such holding that other company becomes a holding company and the one whose share are so held becomes a subsidiary company. The third case envisaged is where

The Use Of Subsidiary Corporations

The control of subsidiaries may be accomplished through the creation of a separate corporation to handle a distinct phase of the company’s business, or through the purchase of interests in companies previously existing, the main corporation being in this case the holding company. The use of subsidiary corporations is becoming more and more extensive. A certain manufacturing corporation, for instance, has one operating company, one selling company, one purchasing company, one company owning a short railroad, one real estate company to buy land and erect buildings, and another company to operate these buildings. The United Cigar Stores Company also has a distinct corporation for the handling of its real estate operations.

The advantage of forming a distinct corporation rather than simply establishing another department of the business, is not always clear to the outsider, but may frequently be due to personal relations. A first-class real estate man, for example, may not desire to come to a corporation as a paid employee, but would be willing to assume the management of a distinct corporation under conditions that would enable him to secure adequate profit. Again, it is frequently desired to give the manager of a plant or of a branch office an opportunity to acquire a personal stock interest in the operations directly under his control, and this can be most easily done through the formation of a separate corporation. Recently, a case was brought to the writer’s attention of a furniture company which has gradually extended its business until it now handles various lines not strictly connected with the furniture business, including papers for wrapping and packing furniture. This company found that difficulty was being experienced by their sales force in calling upon people interested in the paper business because of the impression that the salesman had only furniture for sale. The difficulty was easily overcome by forming a separate company to handle the sale of paper, with a separate name, stationery, and sales manager, but otherwise conducted as a part of the parent concern.

It may be thought strange that a corporation holding a charter and grant of powers from the state, could be organized so lightly and for so minor a purpose, yet the illustration is not unrepresentative. It has become so easy and common a thing to organize a corporation for some specific purpose, that it is frequently done with very little thought and often when little or nothing is gained. Possibly this tendency is going a little too far, and might properly be curbed by closer supervision on the part of the state and by somewhat higher organization and franchise taxes. On the other hand, we should not overlook the usefulness of the arrangement in many instances, and should not be misled by a cry against holding companies into condemning or preventing practices that on the whole make for business efficiency.

Advantages Of Setting Up A Wholly Owned Subsidiary

Usually, an individual cannot function as a subsidiary because a business unit functions only through its board of directors and employees. However, one can obtain control of the company by obtaining ownership of the company’s stocks.

By a wholly owned subsidiary, we mean a subsidiary which owns all the 100 percent stocks of the company. However, this is not always easy, considering the huge amount of capital to be invested. Also the risk of failure may be high if a foreign subsidiary decides to rush ahead on its own, owing to the possibility that it can make wrong decisions because it is not familiar with the host country’s market situation and fluctuating market trends.

There are many advantages of setting up a wholly owned subsidiary which include the following:

Enhances the chances of maximizing location economies by bestowing greater freedom to choose location closer to a favorable market area, which also has the added advantage of readily available cheap local labor.

The first and foremost point to be considered while setting up a wholly owned subsidiary is the huge amount of initial investment capital. The firm will have no other option but to bear all of the establishment costs for setting up the subsidiary on foreign land and operational costs to cover the global operations of this subsidiary.

Judicial Review of the Order of Reference

The current topic under research is Judicial Review of the Order of Reference under Section 10(1) of the IDA. While dealing with the topic ......

Mistake is Mainly Error in Consent

Mistake in legal sense bears a more restricted meaning than in popular parlance. Mistake, which vitiates a contract, is sometimes referred to as “operative mistake”. At common law mistake of expression, want of mutuality and failure of expression would seem to stand apart from the law of mistake....

The Government of India Act

India has a long history of being in contact with and being invaded by foreigners. In the early years of the indigenous civilisation the Aryans ...... 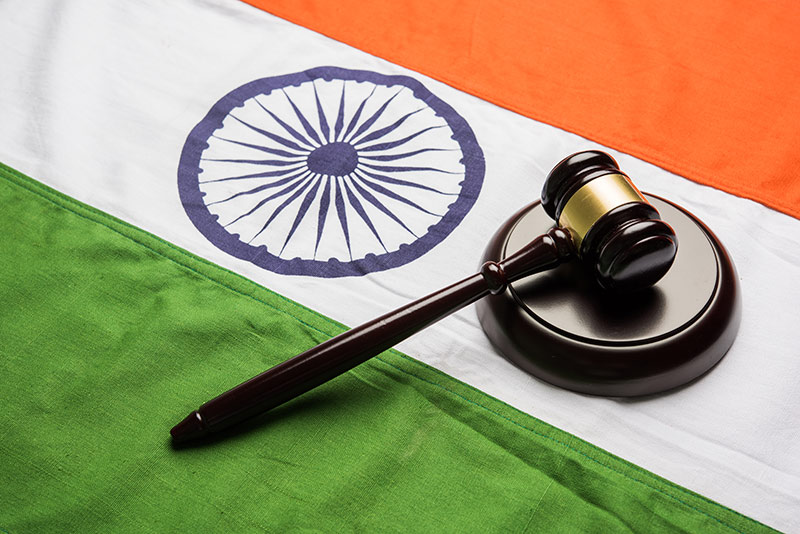