Part A: Write an essay on the essential elements of a contract in Malaysia

A contract is a legally binding agreement. It is not always easy to establish whether the basic requirements of a contract, such as offer and acceptance, the necessity or otherwise of consideration, the capacity of the parties, the reality of their consent, and so on, exist. Dicey and Morris lay down a simple rule, [1] that ‘the formation of a contract is governed by that law which would be the proper law of the contract if the contract was validly concluded’. In Malaysia, the essential elements of a contract are Offer, Acceptance, Intention to create legal relations, and Consideration.

In order for a contract to be created, one of the parties must make an offer to the other party. A person who makes an offer is known as an offeror. A person to whom an offer is made is known as an offeree. An offer is made when an offeror proposes a set of terms to an offeree, with the intention that if the proposed terms are accepted they wil create a binding contract between the two parties. By accepting the terms proposed, the offeree would aso agree to become legally bound by them. This acceptance would therefore form a contract. As a contract is a legally binding agreement, neither an offer nor an acceptance should be made without a willingness to accept the legal consequences.

A court decides whether or not one of the parties has made an offer by looking at what it thinks that both of the parties intended. All the circumstances of the case will be considered in reaching this decision.

Offer of a unilateral contract

Reward offers are usually unilateral contracts. The offeror (the party offering the reward) cannot impel anyone to fulfill the reward offer. An offeree can sue for breach of contract, however, if the offeror does not provide the reward after the offeree has fulfilled the contract’s requirements.

Customers who buy goods in shops make contracts to buy those goods. A display of goods in a shop window does not amount to an offer to sell the goods displayed. The display is ony an invitation to treat.

Acceptance of an offer to enter into a unilateral contract

Unilateral contracts are usually accepted by conduct. There is no acceptance until the relevant act has been completely performed. For an example – If Nadia says to Elaiza that she will give Elaiza RM30 if Elaiza cleaned her room, Elaiza woud not be entitled to the money until the job is finished, and could not do a half-way job and ask for RM 15.

Acceptance must be unconditional

An acceptance must accept the precise terms of an offer.

Offer and Acceptance made over the internet

As there have been no significant decisions by the courts as to when a contract is concluded over the internet. There are two main ways in which such contract might be formed. First, a contract could be made by exchange of emails. Second, a customer might visit a website and buy goods or services described there.

As soon as an offer is accepted, a contract is created. However, an offer which has been made might cease to exist in many ways, and once an offer has ceased to exist, it can no longer be accepted. The terminations include:

Revocation – It is called off by the offeror

Refusal – Offeree refuses an offer then, as far as that offeree is concerned, the offer is terminated and cannot later be accepted.

Lapse of time – Offer will end when the time limit expires.

The acceptance of an offer will create a contract ony if the offeror and offeree appeared to intend to create a legally binding agreement. It is therefore said that it is a requirement of a contract that there must be an intention to create legal relations.

In deciding whether or not there was an intention to create legal relations, the court takes an objective view of the parties’ intentions. The court does not ask what the parties actually intended, but looks at what they appeared to the reasonable person to intend.

Agreements made in business or commercial context

If an agreement is made in a business or a commercial context, there is a presumption that the parties did intend to make a contract. As this is only presumption, it is not a cast-iron rule but only a starting point. It will therefore be up to the party who is claiming that there was no intention to create legal relations to introduce evidence to show that the presumption was not correct. It might be possible to do this, but if the presumption is not rebutted, then there will be a contract.

Agreements made in a social or domestic context

Social agreements are made between friends. Domestic agreements are made between the members of a family. When either a social or a domestic agreement or made, the courts begin with the presumption that the parties do not intend to make a contract. A part who claims that such an agreement is a contract, will need to introduce evidence to show that thisis what both parties appeared to intend. This may well be possible.

Consideration is usually described as being something which represents either some benefit to the person makin a promise, [3] or some detriment to the person to whom the promise is made, [4] or both.

Consideration need not benefit the promisor

When a promise is made in exchange for an act, when that act is performed, it is executed consideration. Using the example above, if A timely delivers the widgets to B, A’s consideration becomes executed.

Every contract requires an offer, acceptance, and consideration.  Consideration is the exchange of benefit and detriment (e.g., the making of a promise in exchange for an act).   If  a party voluntarily acts and then the other party makes a promise, the act is said to be “past consideration” (since the act was already performed and not made in  exchange for the promise).

For example, A gives B a ride to the market and  back home again.  When A delivers B to his house, B promises to give A some gas money.  A cannot sue B to enforce B’s promise since the consideration (A’s act of giving B a ride) occurred before B’s promise.  A gave B the ride without expecting anything in return.  (A did not give B a ride in exchange for B giving A gas money.)

Part B: Explain the factors that may make a contract voidable

Contracts which impose a continuing liability on a minor are avoidable by the minor. This means that the contracts are valid, except that the minor has the option to avoid the ontract or call the contract off. A minor who is to avoid these types of voidable contract must do so either before reaching the age of 18 or within a reasonable time of having reached the age of 18. The main types of contracts voidable by a minor are contracts of partnership, contracts to buy shares and contracts to take a lease of property.

There are several factors make cause a contract to be voidable [6] . Contracts are voidable when the consent of one of the parties to the contract is caused by:

Fraud – unless it is fraud by silence under section 17 and the party on whom the fraud was perpetrated had the means of discovering the truth with ordinary diligence (s 17);

Misrepresentation – unless the party whose consent was caused by the misrepresentationhad the meansof discovering the truth with ordinary diligence (s 18);

Both parties to the contract (promisor and promisee) intend that time should be of the essence of the contract and the contract was not performed in the specified time (s 56);

A party to the contract (promisor/promisee) refuses to perform or has disabled him/herself from performing his/her promise in its entirety (s 40).

A Study of Terrorist Financing in Malaysia

Introduction Among the countries in Southeast Asia, Malaysia could be considered an example of multicultural success. More than 60 percent ......

Question: Corporate Governance has been the mantra for good business practice. Discuss the legal issues in the recent financial crisis of the major rollback of corporate governance....

Comparison of Bill Passing in Malaysia and the United States

The Bill passing process will be discussed thoroughly under the process of law making in Malaysia and The United States Of America.... 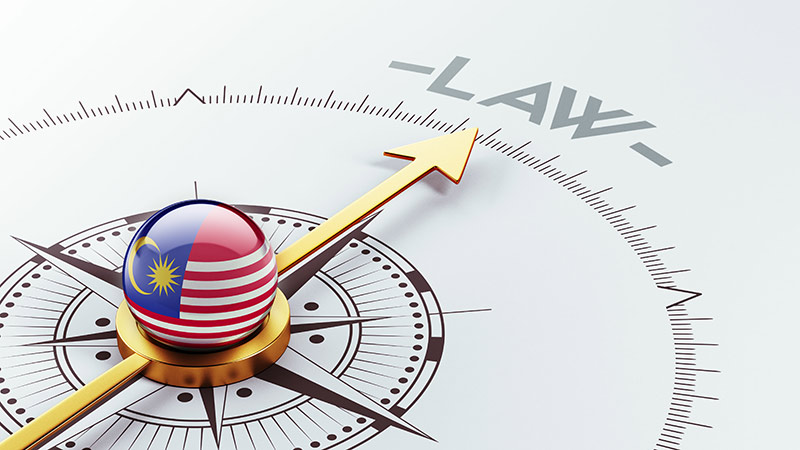